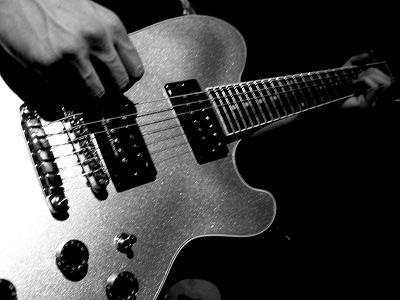 With its roots in Christian Rock and the radical youth movements of the 1960’s, contemporary worship music is becoming increasingly popular in Western Christian churches, mainly in the Protestant and non-denominational congregations.

Playing contemporary worship guitar has its own special set of rules, or guidelines to follow. Being able to adapt your playing style to fit into the Worship scene, can be daunting, especially if you are doing it as a source of income, rather than as a Christian who happens to be a guitarist.

Worship music and songs come from prayers or passages of scripture, set to modern pop, or soft rock inspired music. Sometimes modern ballades are modified to fit into the Christian theme. The emphasis is very much on a “personal” spiritual message and experience for the listeners. Stylistically, contemporary worship guitar sounds very much like the early U2 songs, and the same basic chord progressions are used.

Christian worship music tends to be structured around chords, rather than around the keyboard score. Traditional hymns and songs were historically played on church organs or pianos, so the keyboard was the lead, and guitars were just accompaniment.

Worship Songs Is Easy To Learn

Due to the emphasis on chords, learning and performing Worship songs is relatively easy. The guitar plays a dominant part in the typical worship band or song group, but it must not overshadow the vocalists, and the performance must not be too “flashy”.

The songs have a simple “verse – chorus – verse – chorus” structure, and there is plenty of repetition. It is common for the vocalist to improvise at interludes in the song. These interludes can also be used for guitar solos. This is where it becomes a little tricky.

According to the doctrines of many denominations, musical interludes are included, so that the members of the congregation can reflect on the message of the song, or engage in private unspoken prayer. This calls for a much more subdued guitar solo than would normally be performed at a secular venue – even with the same song.

The Rule About The Rhythm

Another aspect of playing guitar for the Worship genre, is the rule about rhythm. The use of syncopation is at worst “not allowed” or at least “frowned upon” by most churches. Syncopated beats and riffs have too many connotations with rock, jazz and dance music. The emphasis of Worship music has to be on the words and overall spiritual jubilation, or message of praise, rather than groovy guitar riffs.

Christian worship music is a fairly loose genre, and the style is heavily influenced by current pop and soft rock trends. It has also become big business for record companies, and Christian groups and publishers have started their own enterprises in the Worship music scene. The style has drawn criticism, due to its close association with rock music, and the overlap with Christian Metal and Hard Rock groups.

As a contemporary worship guitar player, you need to be aware of the particular needs and preferences of the congregation, or group of churches you play for. Some audiences and ministers will conform to the rules of Christian Worship more than others, and be more critical of your performance.

As a general guide, keep your guitar style upbeat and interesting but do not “rock out”. The vocalist and lead guitarist, or keyboardist carry the song, so keep your chord progressions clean and simple. Keep listening to current music by Christian bends, or bands with a Christian theme. Incorporate those stylistic elements into your playing, to keep your performance interesting and fresh, for you and your audience.

The Ultimate Guide To Writing And Selling Your Songs Do you want to master the art of songwriting and discover the hidden secrets of transforming your thoughts and ideas into a song with ease?

Make sure you check out Superior Songwriting today!